Following the article below, Derick was a client with Adults Supporting Adults for many years before moving onto St Michael’s care home. Our thoughts are with all those who knew Derick.

‘Lincolnshire has lost a hero but heaven’s gained an angel’

Charity fundraiser, litter picking stalwart and an all-round gentleman, Derick Bell was all of these things and more.

The 72-year-old who was a popular face around Lincoln for many years, died on Monday, December 18 following a heart attack.

Mr Bell, who was born with one arm, overcame physical and mental disabilities to live a life to the full in which he touched so many hearts.

In 1996 Mr Bell was honoured by the Queen with the Imperial Service Medal for services to the RAF after 30 years picking up litter at RAF Scampton.

He was also a massive supporter of homelessness charity the Nomad Trust and even did sponsored sleep outs. 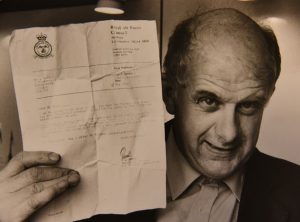 Janice Goodson, 62, and her late husband Maurice, were Derick’s carers at their home in Rookery Lane for 25 years.

She said: “Our family is so gobsmacked about Derick’s passing.

“My own children were brought up with him and they called him uncle Derick.

“He was a massive part of our family. He went to live at St Michael’s care home in Waddington after Maurice became ill with mesothelioma.

“Maurice died in August this year and now Derick has gone – it’s so sad.” 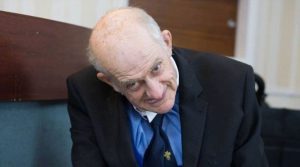 Mrs Goodson’s nephew Ande Denman, 28, from Bardney, has set up a Just Giving appeal in Mr Bell’s memory to raise £10,000 for the Nomad Trust.

Mr Denman said: “Lincolnshire has lost one of the most prolific gentlemen.

“He was a disabled gentleman physically and mentally but that never stopped him overcoming obstacles that stood in his path.

“If people know the name then chances are he touched them in ways humanity does not do anymore.

“He was the kindest soul who loved life to the fullest, selling raffle tickets for good causes.

“Derick would pick a conversation with absolutely anybody and spoke proudly about his stories, visits to many pubs and clubs and he had a very big appetite for his grub.

“He attended church every Sunday and was always dressed smartly.” 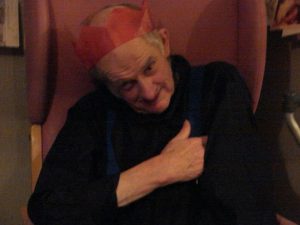 He added: “Although technically he wasn’t a blood relation, Derick certainly was family to us.

“Having known him since I was three, I enjoyed every moment growing up with him.

“Derick would be that man to turn any frown upside down.

“His charitable character gave everything for everyone. Lincolnshire truly has lost a hero but heaven’s gained an angel.” 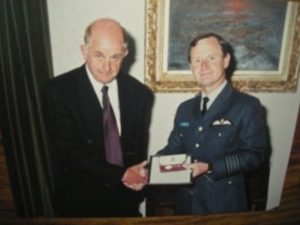 In June 1996, the Lincolnshire Echo reported how Mr Bell was thrilled to be informed of his medal honour in a letter from the Officer Commanding RAF Cranwell.

Mr Bell said at the time: “I started at Scampton shortly after leaving school and stayed until I was made redundant along with other civilian workers just after Christmas.

“I used to tidy the grounds and pick up rubbish from all over the base, the offices, the mess and the married quarters.

“It was a great job in the beginning, but I didn’t enjoy it much when my friends started to leave.”

Dean Bell, from Lincolnshire YMCA, which merged with the Nomad Trust in 2013, said: “Lincolnshire YMCA has known and worked with Derick Bell since 1980 to the best of my recollection.

“Derick was a blessing to the work of the YMCA and appeared all throughout the year at various functions.

“He would attend and help at the association’s May Morning Breakfast which was attended by the presiding mayor, other notable dignitaries and members of the clergy to name but a few.

“Derick was known and loved by many people in Lincoln. I have fond memories of him attending and being included in our ball room dance classes every week.

“Derick was a lovely character and we would often see him walking back and forth on Monks Road past the St Rumbold’s Street housing and gym centres. He will be missed by many.”